The Kelvin timeline or alternate reality was a parallel universe created in 2233 with the temporal incursion of the Narada, a Romulan civilian mining vessel under the command of Nero from the year 2387. The alternate reality differed from the primary reality in a number of capacities, including the attack upon the USS Kelvin, the launch of the USS Enterprise in 2258, and the destruction of the planet Vulcan by the Narada. 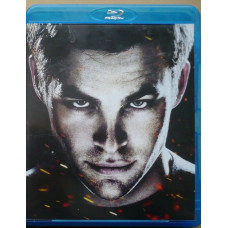